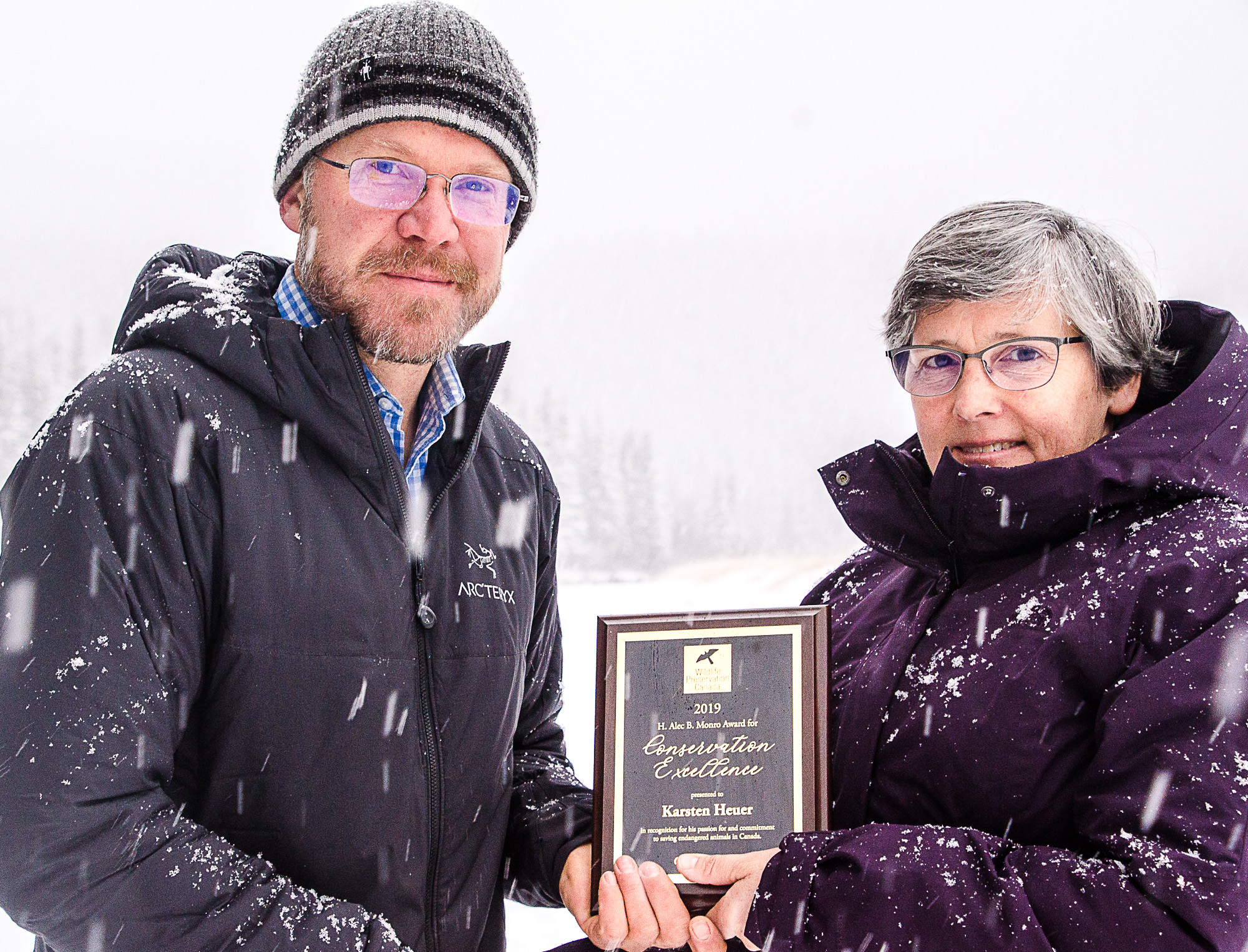 Karsten is a talented author, teacher, and research scientist, who became a well-known name in 2005, when he and his wife Leanne Allison produced the film ‘Being Caribou’. This film documented their five-month journey following the migration of the Porcupine caribou herd in the Yukon. The purpose of their 1,500km trek on foot was to raise awareness of the threats to the caribou’s survival. ‘Being Caribou’ has won over 20 awards and continues to inform the public of the challenges faced by migrating species.

Karsten’s journey with 120,000 caribou wasn’t his first time making a long distance trek. In 1998, Karsten hiked, skied, and canoed 3,400km from Yellowstone National Park to Watson Lake in the Yukon to raise awareness for cross-border threats to wildlife. This Y2Y trek, as it’s called, is no small feat, and Karsten later became the President of the Y2Y Conservation Initiative.

Twenty-five years after first becoming a park warden, Karsten continues to wear many hats, one of which is the Bison Reintroduction Project Manager at Banff National Park. The plains bison is threatened in Canada and populations are fragmented and declining. One year after the release of bison in Banff, the herd appears to be thriving. Bison were extirpated from Banff for over 140 years and the work by Karsten and his colleagues ensures that Canada’s wildlife and species, whether big or small, remain part of the landscape for generations to come.

About the Alec Monro Award

The H. Alec B. Monro Award is given annually to a Canadian in the conservation community who demonstrates a passion for and commitment to saving endangered animals in Canada.

The award fund was established by Wildlife Preservation Canada to honour Past President Alec Monro. “I am happy to be part of an initiative to recognize experienced wildlife preservers, who represent the next important stage after our long standing New Noah program”