The distinct Canadian population of Ord’s kangaroo rat can only thrive in undeveloped dunes. As that habitat becomes more fragmented, this endangered mammal is gradually, inexorably dwindling away. Find out more about this species.

What used to be a large, interconnected network of habitat in Alberta’s Sand Hills region is now a patchwork series of islands divided by cropland, roads and resource extraction operations. Many of the remaining sub-populations of kangaroo rat inhabiting these islands are too small to remain viable over time, while even the larger ones are subject to the dangers of inbreeding and disasters such as epidemics or drought. That’s why the recovery plans developed by Alberta’s Ord’s Kangaroo Rat Recovery Team and Environment Canada included translocation as a potential conservation tool. At the time, however, little was known about the feasibility of translocation, since it had never been attempted for this species. In response, Wildlife Preservation Canada funded a three-year, hands-on study beginning in 2012. Each spring, a small group of kangaroo rats were translocated and soft-released into artificial underground nests, which provided food and shelter. They were then monitored to determine whether they could successfully establish themselves and survive at the new site.

In 2012, researchers translocated seven kangaroo rats. However, by late August, none were present.

The following year, another seven kangaroo rats were translocated, three of which were radio tagged. One of the radio-tagged rats relocated within about 100 metres of the release site, where it eventually established a permanent home and became pregnant — a strong indicator that the translocation was successful.

In 2014, the research team discovered the pregnant offspring of a rat that had been translocated in 2013 — a benchmark of high translocation success. Meanwhile, one of the three animals translocated in 2014 remained at the release site throughout the season, establishing an extensive burrow system.

Results of the study suggest that translocation and soft release of Ord’s kangaroo rats may give conservation managers a powerful tool to help them reduce the effects of habitat fragmentation and stabilize the population. However, due to the precarious state of the population, the study sample sizes were too small to compare the survival rate of the translocated rats with the rest of the population. Until this can be studied with a larger number of translocated animals, we cannot currently recommend the use of this technique except in desperate circumstances where no other alternatives exist. 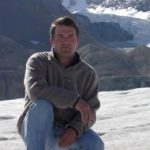 This research was carried out under the direction of Dr. Darren Bender and the Alberta Ord’s Kangaroo Rat Recovery Team. Darren Bender is an Associate Professor at the University of Calgary in the Departments of Geography and Biological Sciences. He has a PhD in Biology from Carleton University and completed post-doctoral training in the Department of Fishery and Wildlife Biology at Colorado State University. He describes himself as a habitat ecologist with particular interest in sand dunes on the Canadian prairies and the species that inhabit them, especially the critically endangered Ord’s kangaroo rat. Darren first worked on the Ord’s kangaroo rat in Canada in 1995 as a summer student. He began collaborating on kangaroo rat research with government scientists in 2003 and has taken the lead on research about the species since 2006.

How you can help:

MAKE A DONATION
VISIT OUR BLOG