Lance joined Wildlife Preservation Canada in 2017, bringing with him 18 years of experience managing recovery programs for some of the world’s most endangered species. A few personal highlights of this work include carrying out the first release of echo parakeets in Mauritius, catching kakapo in New Zealand, sleeping overnight in a California condor nest cave, and working with local farmers to protect Ridgway’s hawk nestlings in the Dominican Republic

Lance was Wildlife Preservation Canada’s eighth Canada’s New Noah in 1997, and he then stayed in Mauritius to manage species recovery projects for the Mauritian Wildlife Foundation. That experience helped him carry out the first releases of eastern loggerhead shrikes in Ontario upon returning to Canada in 2001. Lance has recently returned from overseeing conservation projects for a range of highly endangered species in Madagascar – such as ploughshare tortoise, Madagascar pochard, and Alaotra gentle lemur-  for the Durrell Wildlife Conservation Trust, integrating captive-breeding and reintroductions with protected area management and community-based conservation.

Lance has a PhD from York University and an MSc from Acadia University, He lives in Guelph, Ontario with his wife Rina, two boys Jeremy and Glen, and their Malagasy/Newfoundland dog Malala. Lance is immensely grateful to be part of Gerald Durrell’s legacy and to have the opportunity to work with inspiring people and amazing creatures.

Jessica joined Wildlife Preservation Canada in 2006 as our shrike field biologist in Carden. The following year she began managing all aspects of our Eastern Loggerhead Shrike Recovery Program in Ontario as our Species Recovery Biologist. In 2014, she became our Conservation Programs Director, and oversees all of our species recovery projects working closely with our Lead Biologists.  Jessica is co-founder of the Canadian Species Initiative, which seeks to ensure that intensive species management tools are given due consideration and effectively used for species conservation in Canada by applying globally recognized species conservation planning workshop processes. She is currently pursuing the IUCN SSC Conservation Planning Specialist Group’s Planner Development Path in order to be able to lead workshop design and facilitation.

Jessica studied zoology at the University of Guelph and earned a Master’s of Applied Science in Wildlife Health and Population Management from the University of Sydney, Australia. She previously worked at the Toronto Zoo with several conservation breeding programs including massassauga rattlesnakes, black-footed ferrets and Puerto Rican crested toads.

As our 16th Canada’s New Noah, Jessica completed her post-graduate Diploma in Endangered Species Management through the Durrell Conservation Academy and worked with critically endangered passerine projects in Mauritius. She was part of the team that brought the first Mauritius olive white eye nestlings into captivity in order to develop hand-rearing and conservation management techniques.
Why is this here? Click

Jonathan manages the recovery program for the Ojibway population of the massasauga rattlesnake in Southern Ontario.  Jonathan’s research interests lie in the field of urban herpetology, having studied both biology and landscape architecture at the University of Guelph. Jonathan has authored or co-authored numerous reports and publications about the conservation of Canadian reptiles and amphibians in urban environments.

Andrea manages our captive breeding and release programs for the Oregon spotted frog and the coastal western painted turtle. Andrea has studied at-risk reptiles and amphibians in Canada and abroad, including a term at the Durrell Wildlife Conservation Trust in Jersey. Andrea also manages the Taylor’s checkerspot butterfly recovery program on Denman Island in BC.

Tiffani joined WPC as a bumble bee conservation technician in 2017 and fell in love with the work. Since then, she has worked a variety of roles leading monitoring surveys, research projects, and community outreach both in Ontario and Alberta. Currently, she manages the field work and outreach components of the Bumble Bee Recovery Program. Tiffani completed her MEnvSc in Conservation and Biodiversity at the University of Toronto and comes from a background of ecology and conservation biology,

Sarah manages the native pollinator recovery programs across Canada. She is a native bee specialist, with an educational background in ecology and environmental science. Sarah has completed her MSc at York University, where she focused on native bee conservation in southern Ontario.
*Why is this here? Click

Hannah is developing the national reptile and amphibian initiative for Wildlife Preservation Canada. She has worked with experts in the fields of road ecology, physiology, and genetics. Hannah has been involved in conservation projects for at-risk reptiles and amphibians in Canada for a decade.
*Why is this here? Click 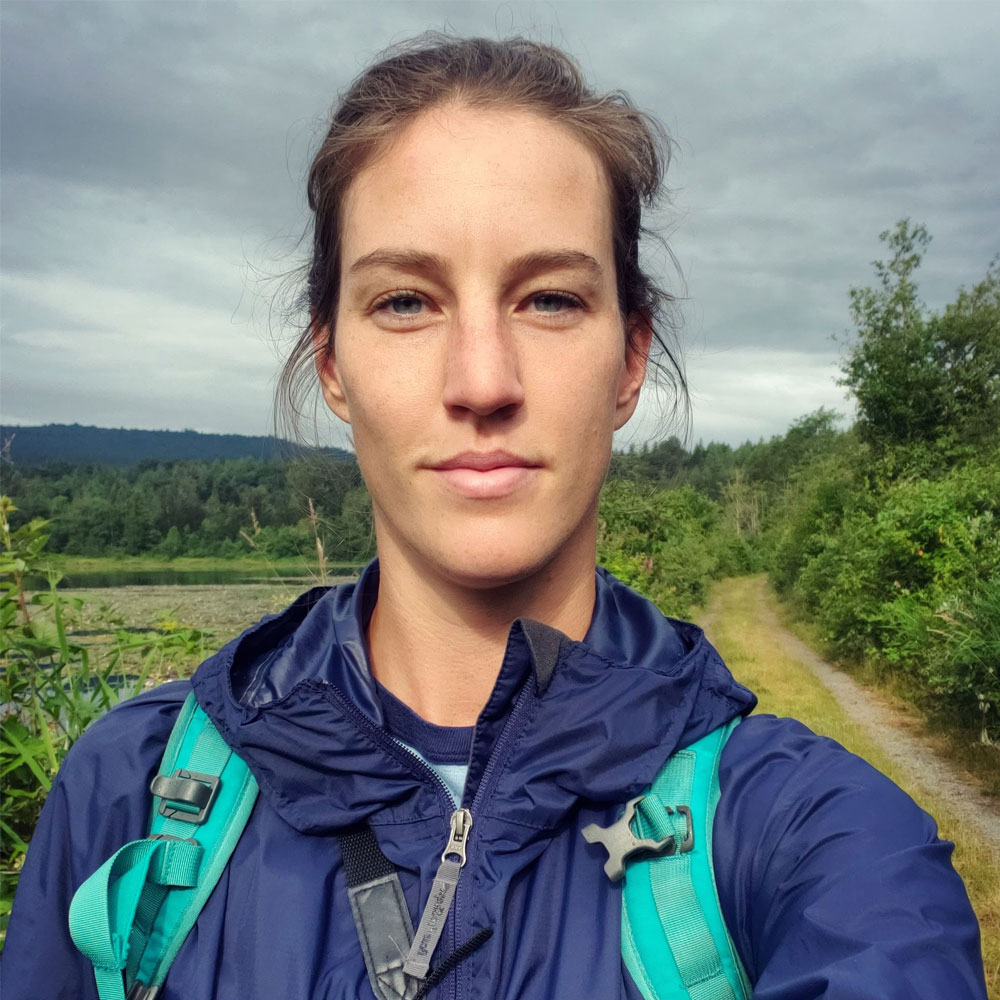 Michelle is a conservation biologist and field naturalist with a special interest in Lepidoptera (butterflies and moths) and Herptiles (reptiles and amphibians). Currently, she is the lead technician for WPC’s Taylor’s Checkerspot Butterfly program in BC. Michelle also worked with conservation projects for other species at risk including monarch butterflies and the turtles of Ontario.

Jane holds a Master’s degree in animal biosciences from the University of Guelph, where she studied building collision injuries in migratory songbird species. Jane worked as a rehabilitation supervisor, where she was responsible for the care, treatment, and reintroduction of injured and orphaned wildlife, including many species at risk.

Hazel manages all aspects of our shrike recovery program, from captive breeding and release, field surveys, and landowner relationships in Ontario, to building partnerships with shrike researchers in the US to facilitate species recovery throughout North America. Hazel has been working with at-risk birds for over a decade, including a Master’s degree studying the habitat of the chimney swift.
*Why is this here? Click 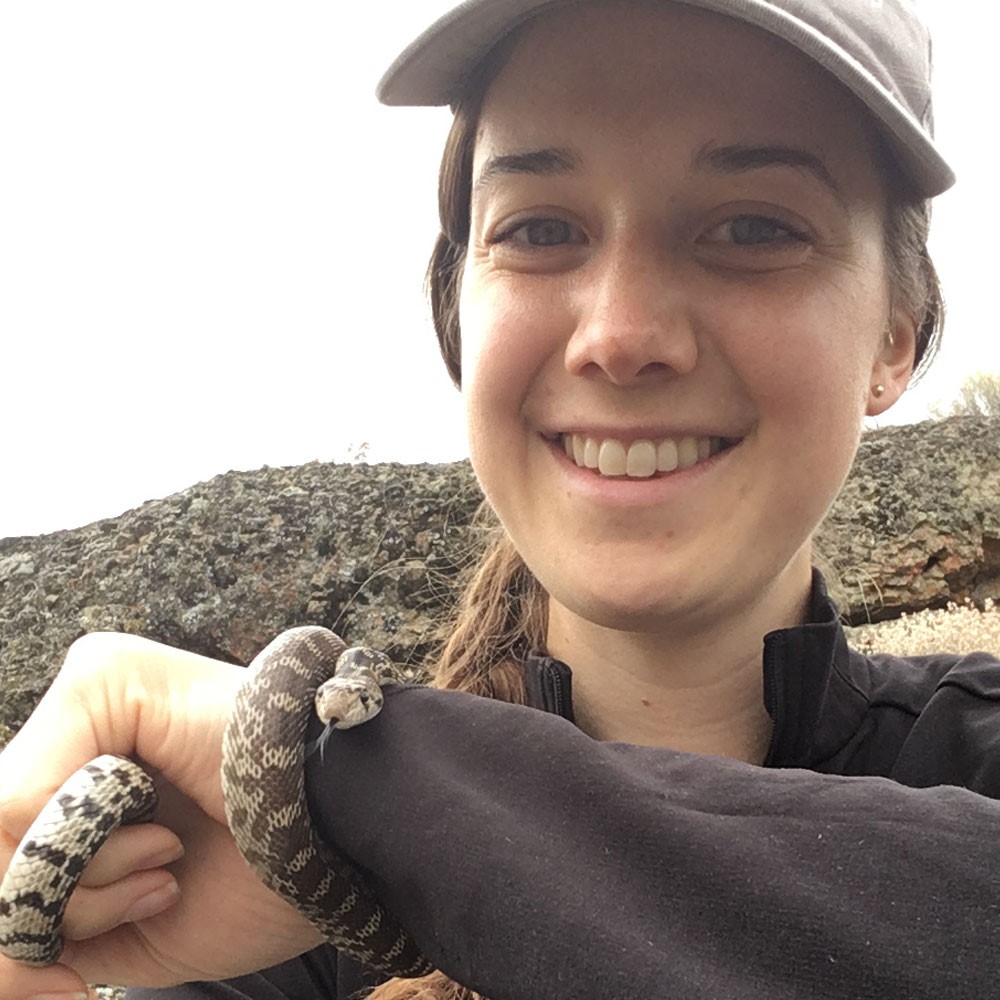 Stephanie is the 31st Canada’s New Noah and is currently assisting the Canadian Species Initiative to build capacity for species conservation planning in Canada. Stephanie has extensive experience working in conservation and research for species at risk reptiles, amphibians, mammals and birds in Western Canada.
Why is this here? Click